AboutLaw News and Research is a platform for research and publication of content investigating the outcomes of systems of legal theories and legal institutions. Our researchers focus not as much on the cases that are resolved at the trial stage, but on the cases that are dismissed or plead. In the US, only 2% of the people accused and charged of a crime will have their day in court. This data reveals this modern justice system not only as the adversarial exercise we learned in law schools, but also as the transactional market legal practitioner eventual come know.

Considering that the experience of the accused and charged defendants is often traumatizing, a dismissed or settlement through a plea bargain is life changing. The jail time often leads to economic hardships that may result from losing their job. The transactional conviction is as good as a trial-by-peers conviction–albeit for a lesser charge–resulting in social stigma and possibly loss of civil rights, economic opportunities, and other effects of being a “felon”, a “con”, or “convict”.

There re more constitutional concerns and interests that can be learned from a dismissed or plead case than from from case settle in court of law. These facts guide out researchers and interns to investigate these cases and explain their impact on civil and human rights of the most vulnerable social groups as well as the inequality before the law that may allow a high-powered legal team representing an influential, wealthy person to avoid the serious consequences of violating the law. 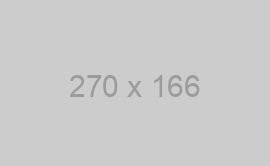